I've been tagged by the most amazing Marianne de Pierres to participate in The Next Big Thing meme, where authors have chance to talk about their current piece of work. The idea is that each author tags five authors, who blog, answering the same set of questions and then tag the next five authors and so on. Now, most of my writing buddies have already been tagged (links will be below) or they're not quite ready to talk about their work in progress, so I haven't filled my quota, dammit.

1/ What is the title of your next book?

Salt & Numbers. But I hope that will change. It's literally just a working title about salt and numbers. Just not as we know them.

2/ Where did the idea come from for the book?


I began work on a spec fic short story, intending on submitting for an upcoming anthology. I intentionally set out to write something that was difficult for me emotionally - I wanted to push myself as a writer. So I looked to the hardest time in my life, the 48 hour period when both my maternal grandmother and then my father died, three weeks later my grandmother-in-law passed away, and then a couple of months later, my maternal grandfather did too. It was like living in a grief vacuum. This story is most definitely NOT about those people - all of whom I adored - but it is about loss, and hope.

Somewhere along the way (actually, I'm pretty sure it was at about the seven thousand word mark) I realised there was no way this was going to remain a short story and set about planning it as a novel. The Numbers themselves? Well, they came from a dream. Yeah, I know. Eye-roll. But they did.

3/ What genre does your book fall under?

Umm - scratches head - I guess you'd call it a dystopian fantasy with science fictional elements. And horror. Just a bit.

4/ What actors would you choose to play the part of your characters in a movie rendition? 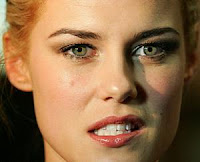 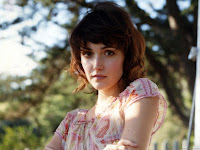 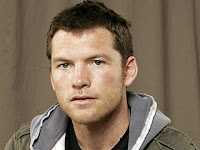 This is a seriously hard question! I rarely have a definite picture in my head of a character's facial features. Their colouring is important, their skin and hair and they way they hold themselves - but not the details. However, knowing I was going to have to answer this question, I went on an online search. A sunbleached (and young!) Sam Worthington would make the perfect Kit, and Rose Byrne the sensitive Lyla. Rachael Taylor would be great as the wounded, nasty Jem.

5/ What is the one-sentence synopsis of your book?

When the Numbers rise from the sea, mankind finds itself in a delicate relationship with an unknown and misunderstood species; together, they will discover both love and terror can reside where they're least expected.


6/ Will your book be self-published or represented by an agency?

I have a publisher who would like to take Salt & Numbers on. But since we haven't signed anything yet - my lips are sealed :)

7/ How long did it take you to write the first draft of the manuscript?

I'm still going! The plan is to have it all finished, buffed and shiny by April.

8/  What other books would you compare this story to within your genre?

Yikes. Okay. Maybe the Hunger Games without the arena bit. Or the Forest of Hands and Teeth and The Dead Tossed Waves - both by Carrie Ryan. But without the zombies.

9/ Who or what inspired you to write this book?

I write a lot of pretty dark crime fiction. I love that process, but my greatest love is spec fic. I set out to deliberately write a story without a crime as the central 'character' (ah, she says - but there's always a crime tucked away in any good story.) - I just wanted to write something straight from a brand new world, one that belonged to me alone.

Other than that, the simple answer is emotion. I’m fascinated by the way we humans work things through. Grief, despair, guilt and selfishness are my particular favourites. All the nasty stuff we don’t want to feel, but have to.  I also have a bit of a recurring theme in my stories that I’m playing with again here. That is, we humans have a nifty way of justifying even the most evil act to ourselves – as long as it suits our means. So, considering I wanted to write a story set well away from the real world, I’ve ended up with a firm shot of reality!

10/  What else about the book might pique the reader's interest?

Okey dokey. Now for my tags:
Vikki Petraitis, crime writer has all sort of stuff happening soon, and she'll be blogging just after Christmas.

Kylie Fox  Marianne has tagged Kylie too - you should go check out what she's up to as well. Kylie is, of course, my co-author on the Arrabella Candellarbra books. And, she's awesome.

Amra Pajalic
Like Vikki and Kylie, Amra is a member of one of the writing groups I belong to. She's already done the whole 'Next Big Thing' thing.

Thanks so much MdP for the tag. And huge thanks to the fabulous Bec Stafford for helping me with that one (long) line!


Posted by Amanda Wrangles at 22:45 No comments:

Amanda Wrangles
I write stuff. Mainly crime and urban fantasy, both for adults and young adults. I like things on the dark side, though most of what I write tends to end up with a good splash of (very) black humour - usually without intention. I'm sarcastic but shy, an unnatural redhead who likes to paint and draw and bind books the old fashioned way, a mother of three and a national co-convenor of Sisters in Crime Australia. I'm fascinated with the ritual of death, dying and the screwed up way we view them. I'm an ex-hairdresser and dive master (that's diving of the scuba-kind). I like good coffee and cheese, winter and waves. My god is Joss Whedon, with some Stephen King on the side.

Favourite Places on the Web